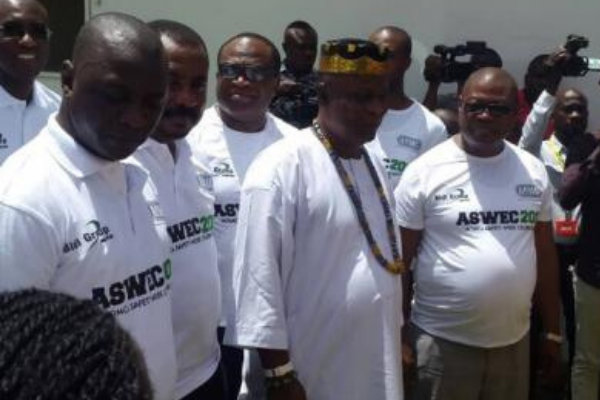 We have observed with utmost concern a news item on the various media channels to the effect that OMCs have been diverting premix fuel meant for fisher folks at their respective landing beaches. The over generalization and absolute inclusion of all OMCs especially those doing genuine business in this canker, warrant the following reaction;

5. The OMCs duly received appropriate documents signed by an official of the landing beach committee to connote that the product has been received in good condition.
6. It is only when claims have been vetted by the NPA that select OMCs get to know that it has been diverted.
7. NPA sanctions the OMC by forfeiture of the freight claims and also put a fine against the OMCs.
8. In most cases, gruesome and painstakingly investigations by some OMCs have revealed that, some landing beach committee members misdirect the BRV driver to discharge to some other location with compelling reasons and duly append their signature forthwith.
9. OMCs have no means of having a real time knowledge of diversions as they are not privy to the interface display of the tracking device by NPA and thus act accordingly.
10. In few cases, that OMCs have investigated, they have had cause to terminate the contract with the transporter.

1. The AOMCs do not and will not condone or connive with recalcitrant players in the value chain who would like to play an unfair game to sabotage the economy and the state efforts to have a subsidized fuel for fisher folks and will welcome any action to forestall, as part of the actions against illegal fuel sales.
2. It is evident that we, as industry, regulators and the state need to critically look at the motivation for such bad social enterprise (PREMIX DIVERSION).
3. As an interim measure, equip the OMCs to have a tool (interface display) so that they can monitor the fuel and take drastic action.
4. We also believe that the weekly Orders and allocation of Premix should be published in the Media or dailies in an open and transparent Manner