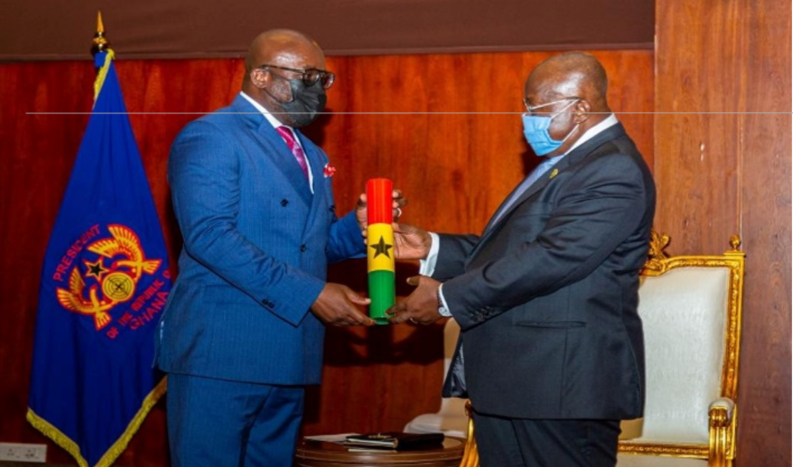 Three Deputy Energy Ministers Sworn into Office; Charged to be Loyal to Minister

The President of the Republic of Ghana, Nana Akufo-Addo, has sworn into office 39 deputy ministers including three deputies for the West African nation’s Energy Ministry.

It is not clear whether the duo would be made to maintain their previous portfolios.

President Akufo-Addo cautioned them that he would not countenance any acts of disloyalty from them towards their Ministers.

“I will not countenance acts of disloyalty or subversion to your Minister, for I will take such act as disloyalty to me personally and to the state and to the party.

“I will want you to work with your Minister in all sincerity and transparency that is best guarantee of your individual success and our collective success,” he said.