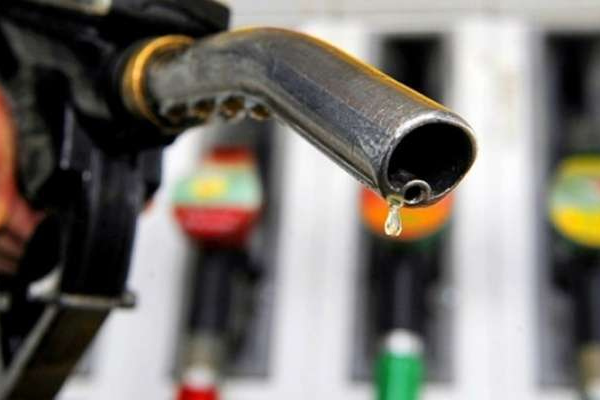 Accra, April 26, GNA – Scores of Oil Marketing Companies (OMCs) on Wednesday called on the National Security to tighten the noose around Petroleum Black Market dealers whose infiltration into the sector posed a great risk to the national economy.

Mr Henry Akwaboah, Managing Director of Engen Ghana Limited told the Ghana News Agency in an interview that, the growing Petroleum Black Market trade could disrupt the national economy, if not properly checked.

He said the total national petroleum consumption for 2015 was 4,341,519,247 volumes of litres. Based on developmental trend for 2016, which was also an election year and therefore forecasted to stimulate vitality on the economic front the general projection for petroleum consumption was pegged at 3 per cent increment over the 2015 figures.

In effect, over 420,662,855 volumes of litres was not sold through official channels; “this strategically was due to the activities of Petroleum Black Market dealers with active support of some unscrupulous security operatives.

Mr Akwaboah said in spite of the drop in volumes of litres sold through mainstream channels, export volumes grew by 400 per cent; he added that products loaded as exports strangely through the black market dealers ended up being sold in the country.

He explained that the Government of Ghana removed all taxes on petroleum products meant for exports to the main trading land lock countries; “the petroleum black market dealers’ mode of operating is to register and load tanker trucks for export.

Mr Akwaboah suggested that all petroleum products for both local and export market should attract the same tax, but the caveat should compel all exporters to provide evidence of export of the product for a refund.

On the security front, the Engen MD suggested a multi-stakeholder approach to make petroleum black market dealing a high economic crime, “we should raise the risk associated with dealing in the dark.

“Security must scale-up its monitoring role and adopt other undisclosed manoeuvring tactics to outwit the bad elements within, especially those at the borders who aid petroleum black market dealers”.

He also suggested that fuel tanker trucks transporting petroleum products to the land lock countries must be fixed with a tracking device to ensure that the National Petroleum Authority (NPA) monitors its operations from the point of loading to the point of discharging.

Meanwhile, the Association of Oil Marketing Companies (AOMCs) has reiterated an operation to combat Petroleum Black Market dealers to save the country from continuous loss of tax revenue.

He said the AOMCs combat against Petroleum Black Market dealers would involve multi-stakeholder operations to make illegal petroleum activities a high-risk adventure in the country.

Mr Agyemang-Duah said the operation would also unmasked all those personalities including politicians, security operators, few OMCs, and any other entity who are supporting and benefiting from the illegal trade at the expense of the state and genuine OMCs.

“For strategic security reasons, the date for the operation would not be announced, as we speak now, operatives are on the ground especially in the Northern, Upper East, Upper West, Brong Ahafo and Ashanti Regions gathering data on these unscrupulous nation wreckers.

“We caution all security personnel who have been compromised by these Petroleum Black Market dealers to watch-out as very, very soon they will be exposed to face the full power of the laws.

“…it’s very ironic that security operatives paid from the tax-money generated, to protect the nation, would stoop so low to collaborate with fraudsters to cheat the nation,” Mr Agyemang-Duah noted.

Scores of OMCs told the GNA of their intentions to join the illegal trade if the situation persist; “we are losing millions of Cedis, we cannot sell our products, it’s locked up in the underground tanks yet we pay taxes.

“We are confronted with huge operational cost; the banks are also chasing us for payment of loans contracted. If you cannot beat them join them, we are contemplating on all these options,” an operator told GNA.

The OMCs therefore pledged their full support to the Association and Government for the effort to combat against Petroleum Black Market dealers.

GNA investigations also indicates that the AOMCs, the National Petroleum Authority, Ministry of Finance, Ministry of Energy, National Security and other stakeholders are discussing the issues to map-up holistic strategy to support the combat against Petroleum Black Market dealers.